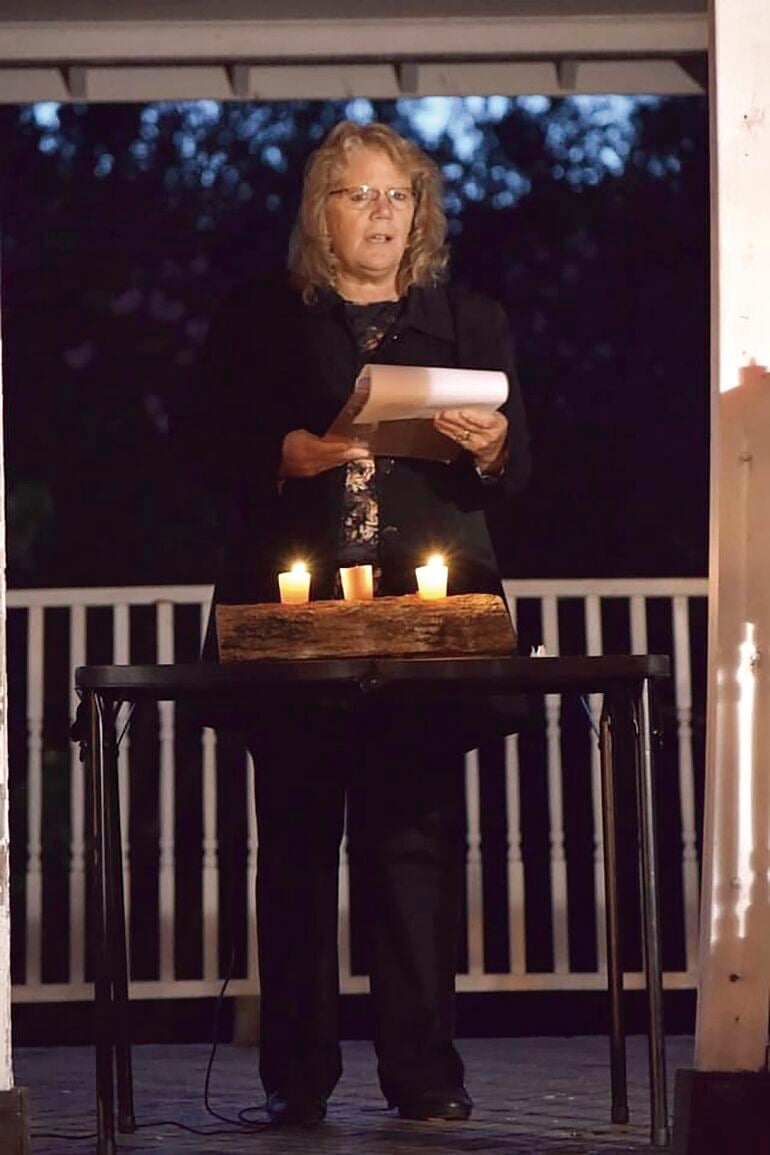 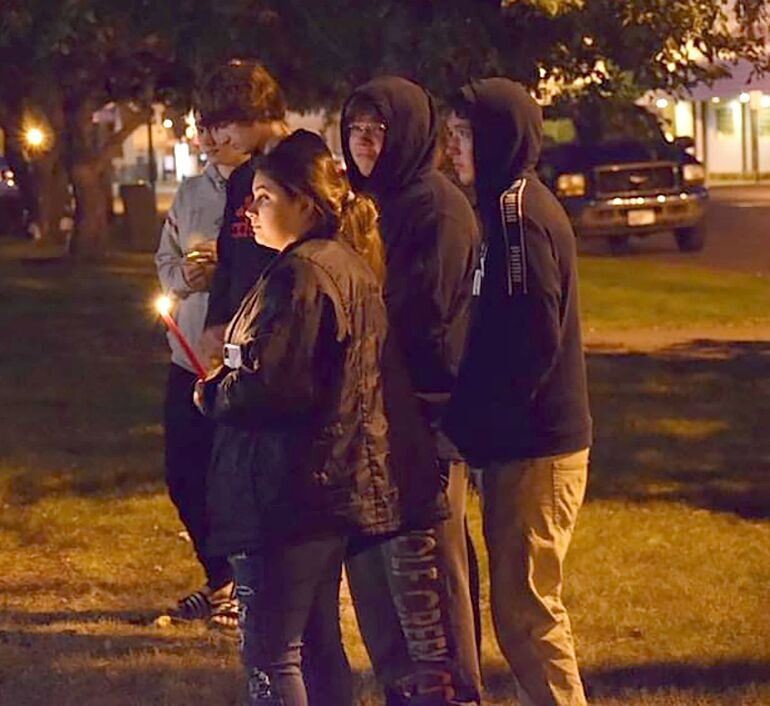 Allen’s Hope (a nonprofit 501c3) sponsored an event in conjunction with the American Foundation for Suicide Prevention (AFSP) on September 10 at the Train Park in Sandstone. Each year on September 10, family and community members are invited to light a candle in the window to raise awareness and support survivors.

Allen’s Hope has assumed its mission of advocacy for mental health interventions and suicide prevention.  This group was founded by Laurie Audette after the death by suicide of her only son Allen.  Becky Lange is also the co-founder and works alongside Audette in the nonprofit.

The event was held at the gazebo where 40 tealights were lit at twilight in awareness of the 40,000 deaths by suicide each year.  Audette introduced the event stating, “More than ever it’s crucial that we are reaching out to others. The statistics are staggering. But if we all take a proactive approach to reach out, to listen, we can help those numbers get reduced. We are lighting these candles to remember the 40,000+ people who feel lost and take their own lives.”

A crowd gathered during the candlelight ritual led by Julie Domogalla. Three candles were lit: one in the darkness of grief, one in the beauty of memories and lastly, a candle for hope.  Participants joined in lighting a candle for their loved ones speaking their names aloud.  Please note the date of September 10 and join us in this vital work of prevention and awareness of death by suicide.