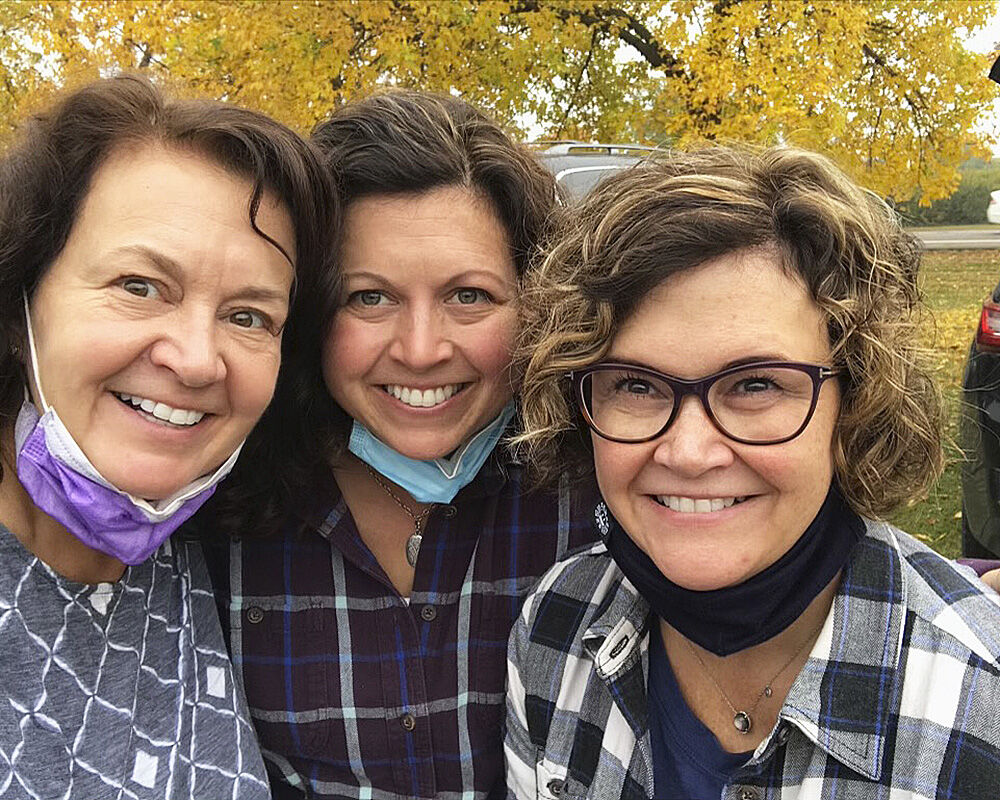 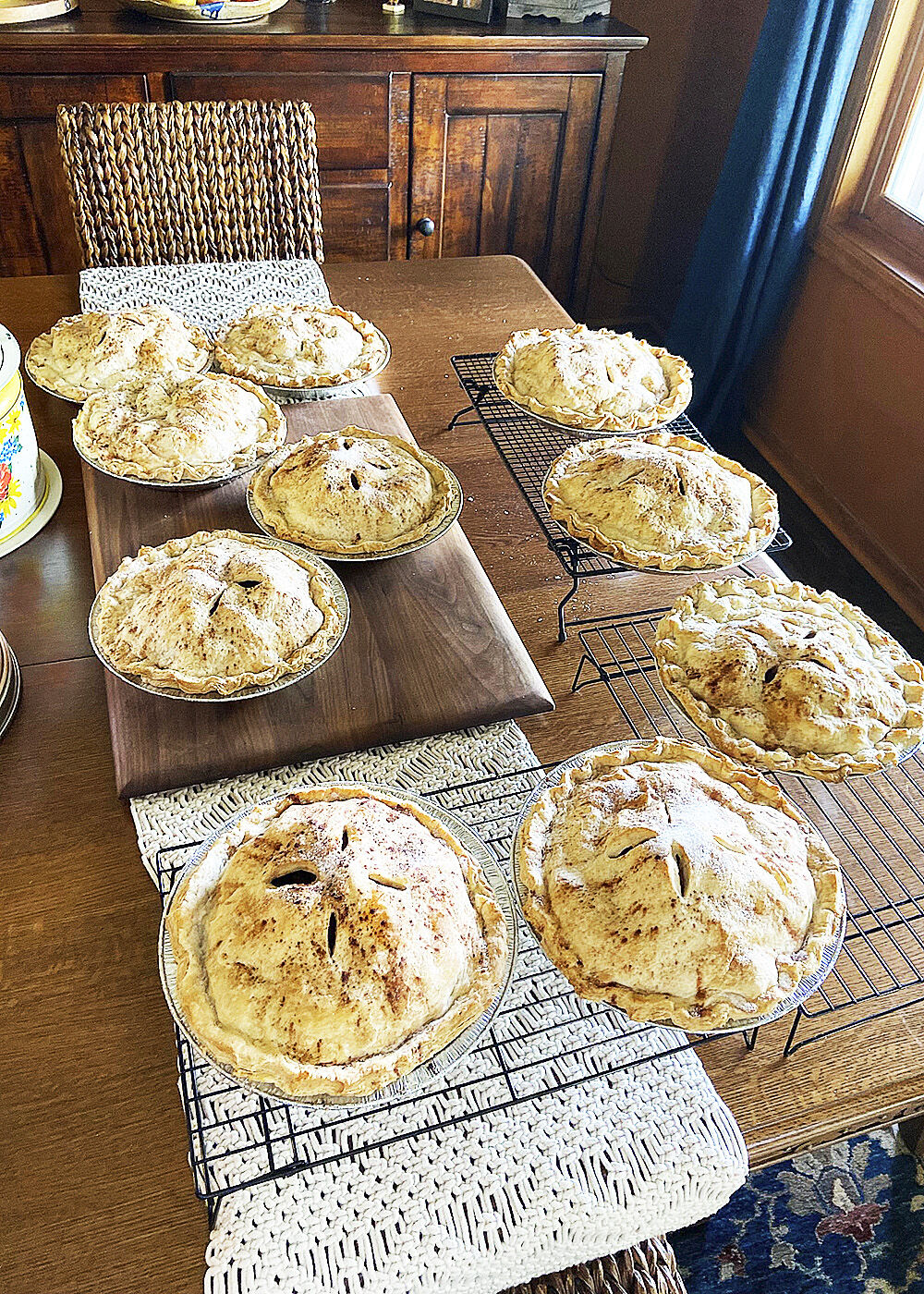 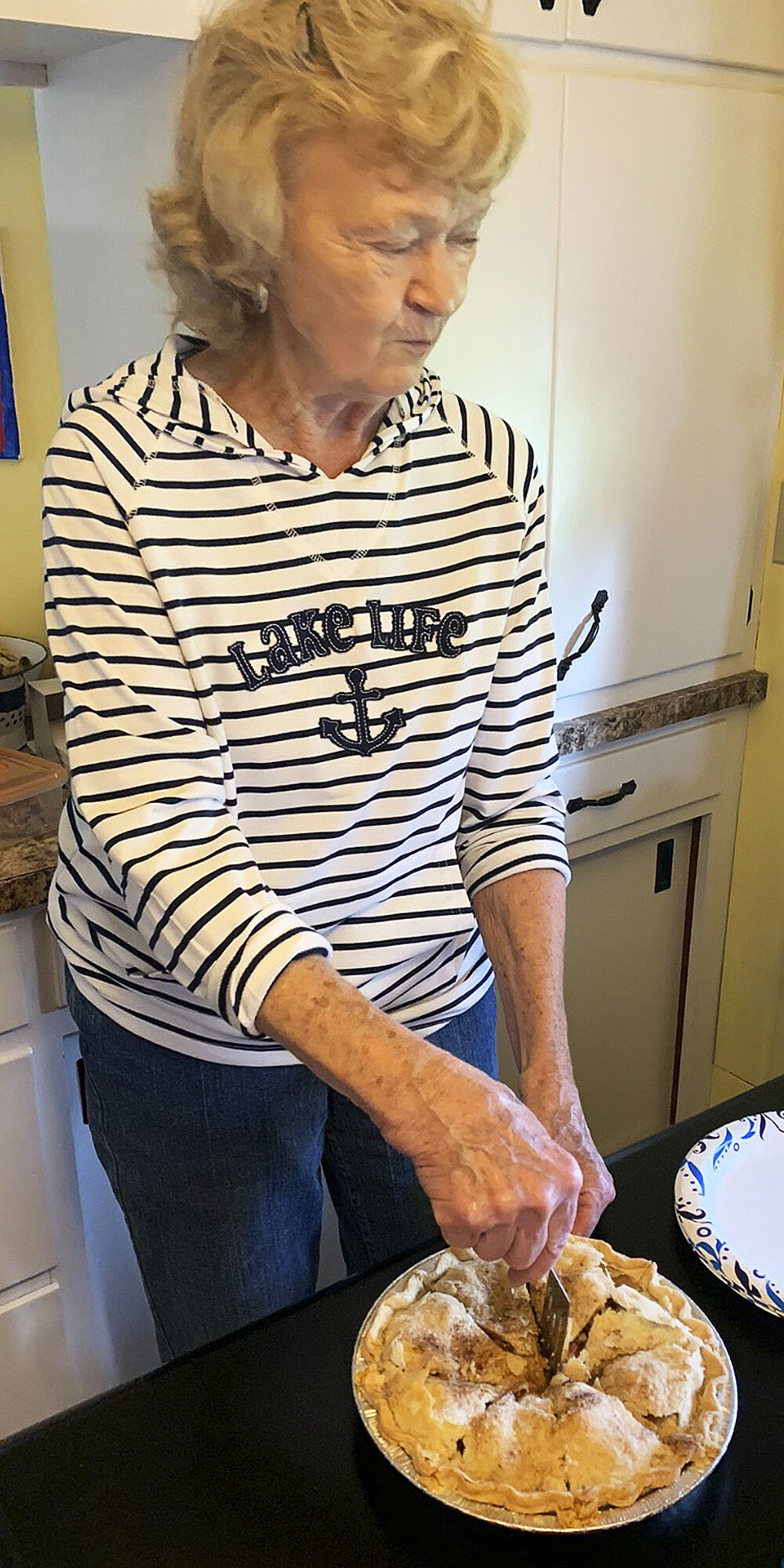 “A possum pie doesn’t  have anything to do with roadkill,” said Bev Patzoldt with a laugh.

The 79-year-old describes the pie as five layers of chocolate deliciousness. She adds that although her family members are chocoholics, she is not. Bev began her recent foray into the pie/dessert business by accident.

She said she had a surplus of squash from her garden last summer and one of her daughters recommended she bring them to the local farmers market to sell.

They also brought rutabagas and a few pies. It went so well that they decided to try again the following weekend.

“We brought 15 pies and they sold in five minutes,” Bev said. Her daughter, Barb, accompanied her to the farmers market.

“There was a line of people waiting for the market to open,” Barb said. “Quite a few didn’t get a pie.” She explained that the vendors are not allowed to start selling their products until opening time, so eager customers line up early.

Bev and her daughters Pam, Polly and Barb make the pies at her Bear Creek Farm home outside of Pine County. The daughters help as their schedules allow.

“The granddaughters help when they can also,” Bev said. “We never know how big the crew will be.”

Several recipes are handed down through the families such as the carrot cake, while others are newer.

“She is the crust maker,” Barb said. “The crust is as soft as a baby’s butt, they’re like velvet. They are super tender and flakey. They are a 10.”

She said while she was growing up the neighboring kids flocked to the house the weekend after Thanksgiving every year to help finish off the leftover pies.

Bev and her husband purchased the farm in 1965 and raised cattle and hogs for many years as well as growing produce. She also raised four children.

“She’s always been a good cook and baker,” Barb said. “She always wished she could have time for a food stand.”

The women are gearing up to bake up a slew of desserts to sell in time for Thanksgiving.

“She really loves it and it keeps her busy,” said Barb.

Bev’s traditional apple pie is the most requested from customers, but she also offers apple cranberry, cherry, pumpkin as well as a few less traditional pies such as pecan muddy bottom and a tart cranberry custard. The desserts are priced $20-$40, with the decadent possum pie at the high end.

For more information or to order visit Bear Creek Farms Facebook page and send a message or call Barb at 320-310-3439. They will set up delivery days in Hinckley and Pine City the week of Thanksgiving for customers to pick up their treats.