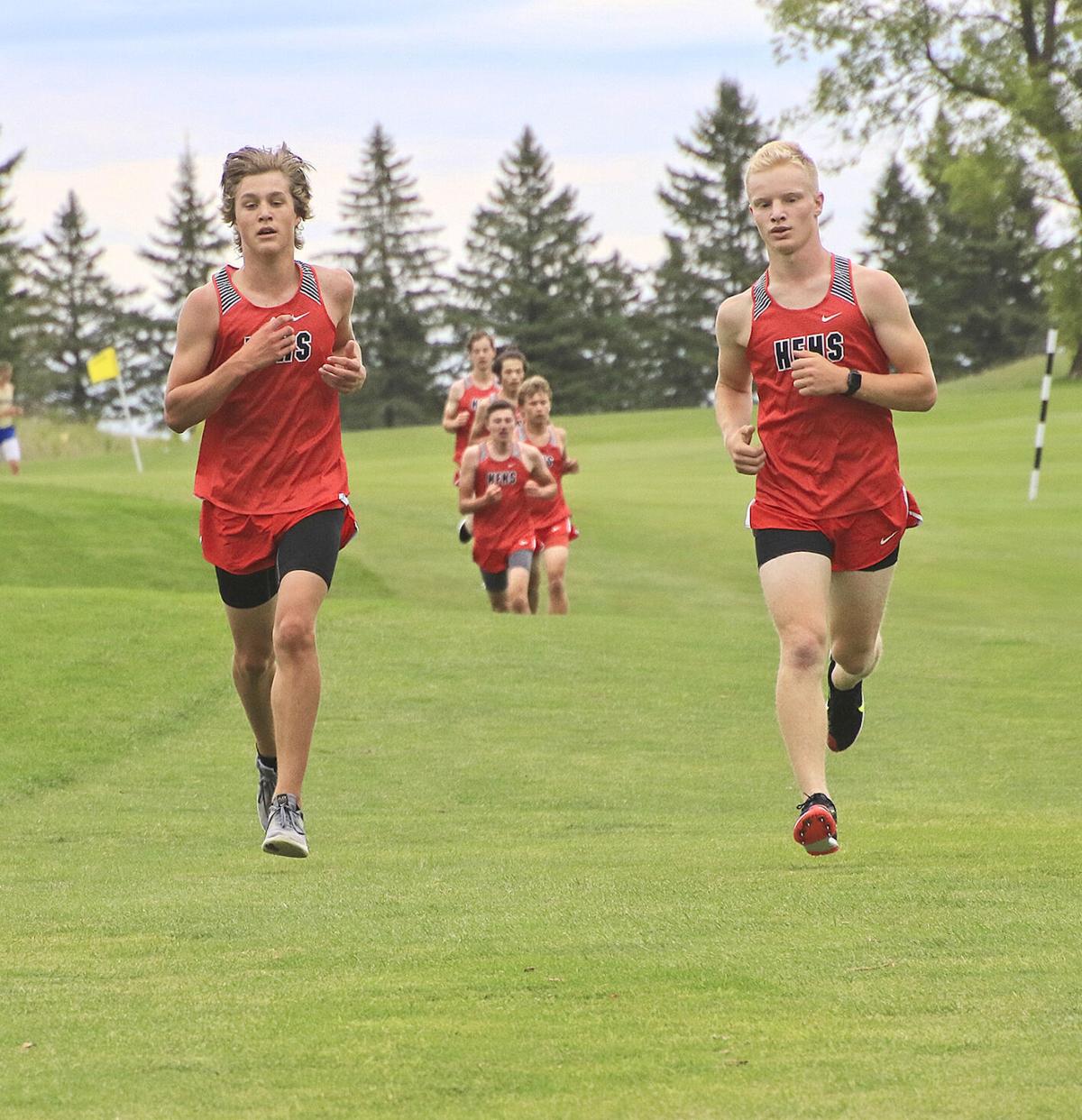 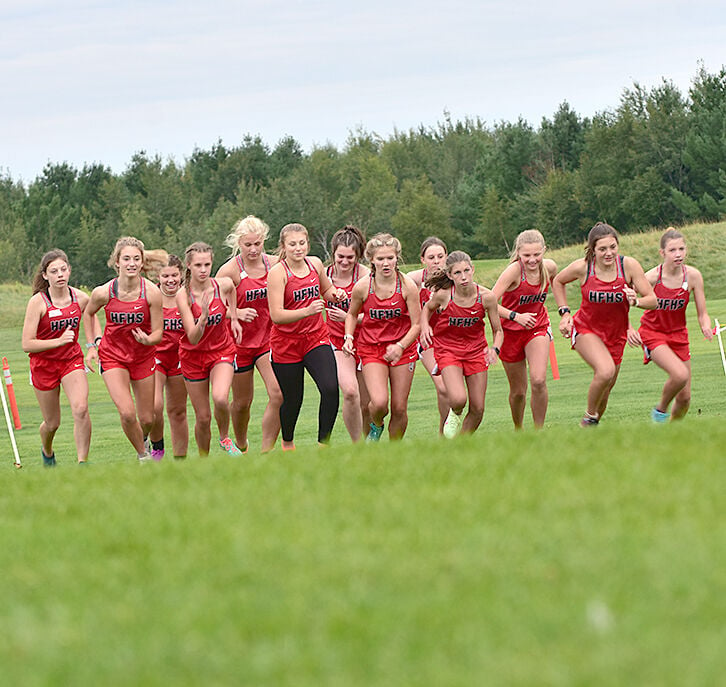 Tuesday, September 1 saw the return of Hinckley-Finlayson athletics after the six month suspension of high school competition. Jaguar cross country hosted the teams from Mille Lacs and Braham at Grand National Golf Course and came away with plenty of awards on a cloudy, cooler afternoon.

Cross country looks quite a bit different this fall due to COVID-19 restrictions.  Competitions can only consist of three teams and like many other schools, Hinckley-Finlayson will only compete against the Great River Conference competition of Braham, East Central, Mille Lacs, Pine City and Rush City.  The atmosphere at Tuesday’s meet was a little different with only three schools. Race sizes were between 6 and 25 competitors versus the typical 70 - 150 in normal times and many of the races had runners or groups becoming more spread out instead of a steady stream of runners.

The Jaguars however, are a team that is built to do well this season with smaller races.  With a total of 37 students running this fall, each Jaguar team for both boys and girls, junior high, varsity and junior varsity, has at least six members.  The team for better or worse has benefited from the postponement of volleyball and football.  Tuesday’s squad featured six volleyball or football players who competed for the Jags at all levels. Each individual has a teammate he or she can pace and compete with which created opportunities to still run fast.  At the end of the meet, 36 awards were given in six races with Jaguar athletes winning 32 of them.

Starting the afternoon off were the junior high races.  The girls were first on the course and this group set the tone showing how dominant the day would become.  Violet Cox remains undefeated at Grand National, winning the 1.5 mile race in a time of 11:49.  Her teammates Lauren Thom, Haley Geiger and Mckenna Rabe finished right behind her in 2nd, 3rd, and 4th. Emma Anderson finished 7th and in her first race, Neela Fahey rolled an ankle and was unable to finish.

The junior high boys’ race consisted of six runners who were all Jaguars!  The advantage of H-F having a bigger team showed, with a couple Jaguar groups battling for finishing position.  Eighth graders Ethan Perrotti and Colton Froehling ran side by side until the sprint with Ethan coming in first at 10:30 followed by Colton.  Kieran Tvedt, Nik Welch, Blake Painovich and Nolan Stiel rounded out spots three through six for the Jags.

Because of smaller race sizes, both the varsity and junior varsity girls were able to race together.  The Lady Jaguar varsity squad finished in places 2-8 out of 14 total runners with Mille Lacs’ Molly Saboo finishing in an outstanding time of 20:05.  Reese Hartl led the way for the Jags finishing 2nd.  Again, the strength in the Jaguar team and numbers showed with third through fifth, Raechel Painvoich, Sophie Hodena and Corrina Tvedt finishing 21 seconds apart and sixth through eighth, Grace Balut, Sydney Kreger, Audrey Storlie and with junior varsity winner Hannah Hartl in the middle, finishing a little over a minute apart.

The varsity boys went head to head against the Braham boys and came out with a top six sweep.  Like the girls, this will be a fun team to see how they can push each other and improve this season.  The six boys’ varsity squad finished less than a minute apart after the 3.1 mile distance.  Jacob Perrotti went on to claim the win finishing in 21:21.  Josh-William Archambault made a charge in the final half mile for the win but finished two seconds back.  Griffin Stiel placed 3rd, Garrett Hosna 4th, Brody Froehling 5th, and Lucas Kreft 6th.

The Jaguars will next head to Pine City on Thursday, September 10th where they will face host Pine City and East Central.