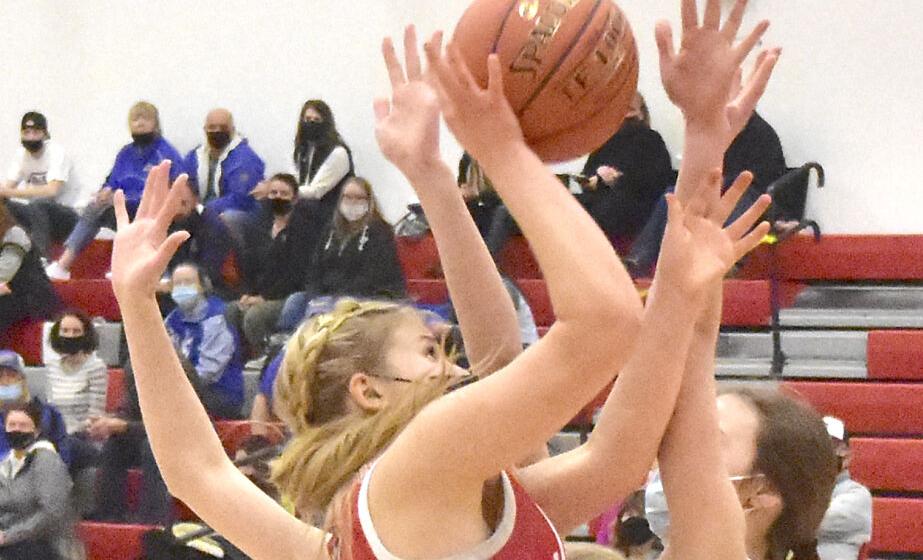 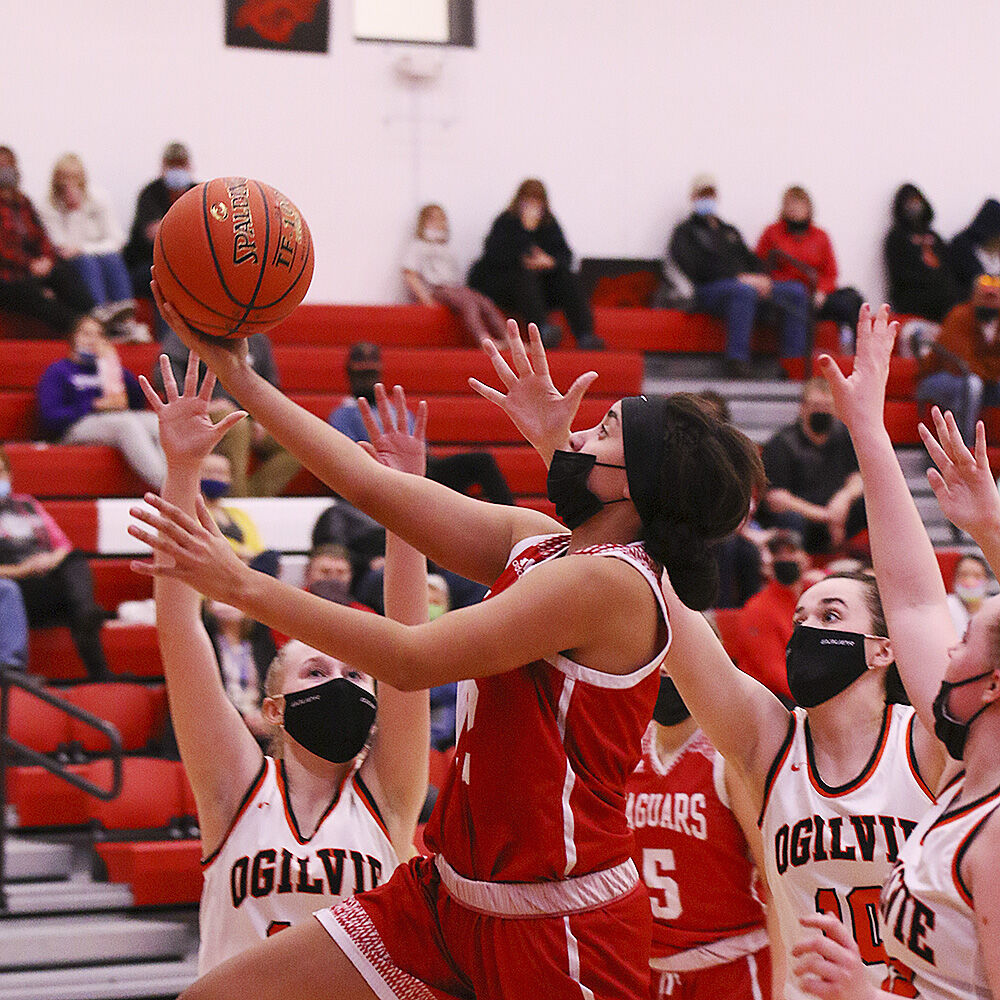 The Hinckley-Finlayson Lady Jaguars’ week began with a home-and-home series against Ogilvie. Monday, March 8 they hosted the Lions and got off to a good start in the first half, holding their leading scorer to zero points in the half and having a lead as big as eight points as they took a 29-27 advantage to the break. In the second half it seemed like the Lions couldn’t miss as they made seven three-point baskets. The Jaguars were unable to hold back thier second chance opportunities and the Lions took the victory, 73-63.

On Tuesday, March 9 the Jags took to the road to play the Lions again, this time in Ogilvie with an afternoon start time of 3 p.m. due to election night in Ogilvie. This game was almost a carbon copy of Monday’s game as the Jags got out to an early lead in the game, but the Lions were able to execute well in transition and took 36-28 lead at halftime. The Jaguars played well in the second half, cutting the lead down to five at one point, but foul trouble for the Jags and timely free throw shooting for the Lions gave them the win, 65-53.

Thursday, March 11 the Jags hosted Rush City in a game originally schedule to be played in Rush City, but gym conflicts allowed the Jags to have a season finale home game. They played excellent defense in the first half and rebounded well as a team to take a 29-25 halftime lead. However, we couldn’t handle the Tigers second half shooting as they scored 37 points in the final 18 minutes to take the win, 62-49.

The Lady Jags finished the regular season with an 8-10 overall record and a 6-8 Great River Conference record (5th in GRC), and a 6-5 record in Section 5A play. The Jags have earned the #4 seed for section playoffs and will host the 5th seed Onamia Panthers on Wednesday night. They split the season series against the Panthers this year and are looking forward to meeting them again in the playoffs. The Semi-Finals would be on Friday, site and time to be determined.