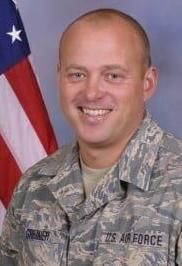 Pictured is Master Sgt. David T. Greiner who was killed in an accident occurring on I-35 in May of 2021. 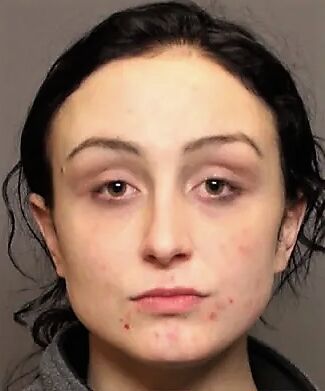 Pictured is Master Sgt. David T. Greiner who was killed in an accident occurring on I-35 in May of 2021.

A Cambridge woman has been recently charged with criminal vehicular homicide for an incident involving the death of a Minnesota Air National Guard master sergeant in May of 2021.

According to the criminal complaint:

The incident happened on the afternoon of Friday, May 14, 2021, when a 2017 Kia Sportage driven by David Thomas Greiner, 45, of Garfield was heading north near Hinckley on I-35 and struck by the vehicle driven by Tabitha Sue Sigler, 21, of Cambridge.

Greiner, a longtime member of the Minnesota Air National Guard, was on his way to one of his last drill weekends before retirement and killed in a crash after Sigler’s vehicle crossed the I-35 median near Hinckley and hit his vehicle head-on. Sigler was traveling southbound in a 2005 Mitsubishi Endeavor when it drifted into the median. A witness driving three cars behind Greiner’s vehicle reported that Sigler’s vehicle was observed driving over the median, flying up into the air and rolling.

Greiner was pronounced dead at the scene. Sigler and her passenger, Santino Hilario Chavez, 36, of St. Paul, were airlifted to different hospitals with injuries described as life-threatening.

Law enforcement observed debris around Sigler’s vehicle including butane torch lighters and a black digital scale with a white powdery residue. The white powdery residue NIK tested positive on scene for methamphetamine. Law enforcement further detected the smell of marijuana coming from Sigler’s vehicle, along with an open bottle of Crown Royal whiskey.

Sigler tested positive for methamphetamine and amphetamine. According to the state patrol, Greiner was not affected by alcohol or drugs.

According to court records, in 2020, Sigler was convicted of felony vehicle theft and fleeing a peace officer after an April 2019 high-speed chase during which she allegedly swerved at a police officer in a stolen Jeep while going approximately 100 miles per hour. When she was first apprehended at that time, Sigler reportedly told the arresting officer that she had swallowed a bag of methamphetamine and heroin.

The felony criminal vehicular homicide (while operating a vehicle under the influence of a schedule one or two controlled substance) charge comes with a maximum prison sentence of ten years and/or a $20,000 charge.

Pine County Attorney Reese Frederickson, when asked about the time it took to charge the case, noted that criminal vehicular homicide cases are particularly fact intensive and that toxicology reports often aren’t available for two months, sometimes more. He said it’s important to wait for all tests to be completed before charging because charges under state law are different for these type of crimes and makes a difference in how the case gets proven during a trial.

“Unlike TV shows, we don’t get testing back within an hour of an incident,” said Frederickson. “We cannot establish probable cause for charging without those tests.  This is quite different from a situation where, for example, one person shoots and kills another person and witnesses are present.  In that example, there is immediate probable cause (which would allow charges right away).”

Frederickson added that testing of the drug items present often takes five to six months as well, along with numerous investigation pieces that come into play.

On the length of the charge, a maximum prison sentence of ten years, Frederickson said that the maximum charges are set by state legislature and that his office and the courts have no control over the maximum sentences allowed.

“Thoroughness is always important to us, especially in this case,” said Frederickson. As an Air Force veteran, he added that many of the people on the scene were veterans, which required the utmost diligence for this investigation.