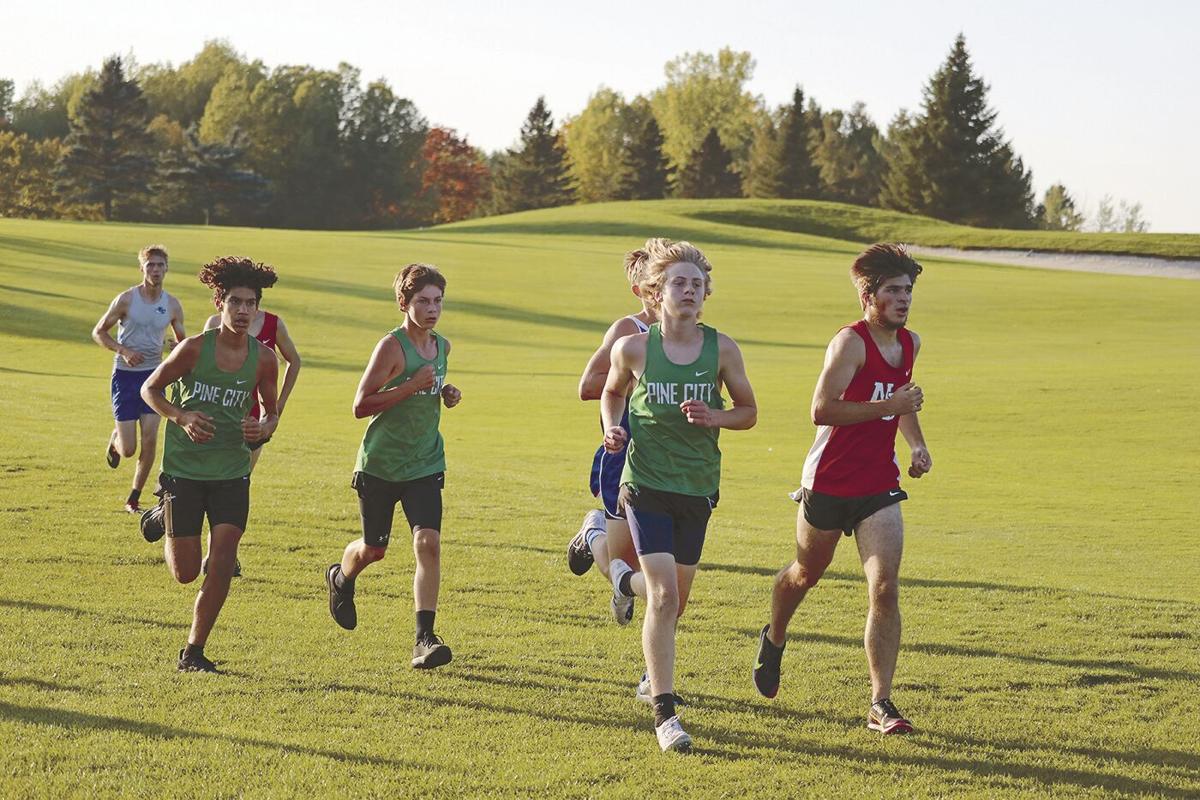 Weston Clementson, Bohdan Valvoda and Sean Skluzacek ran in a pack  for the Dragons at the Hinckley Invite last week. 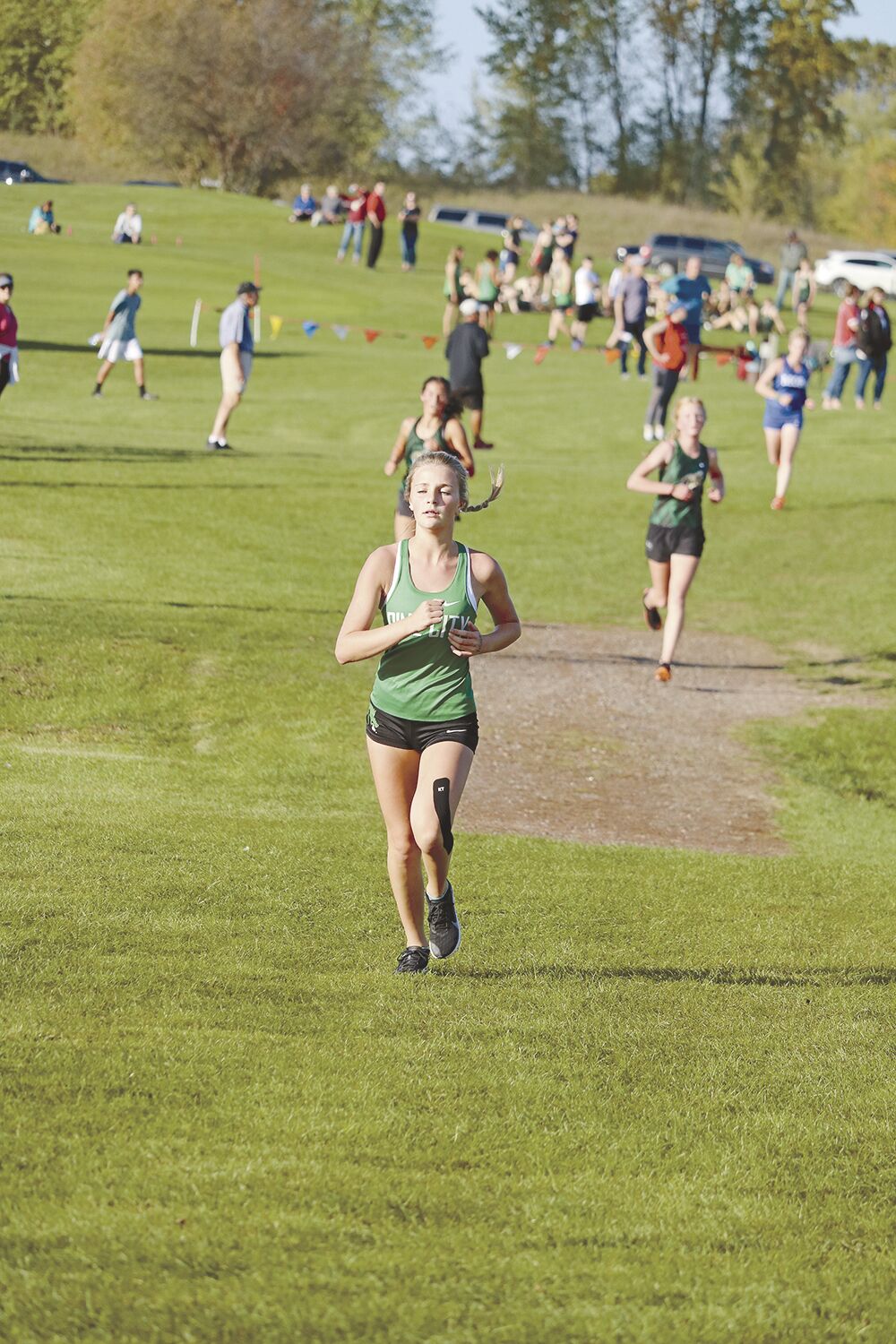 Eva Johnson ran strong at the Hinckley Invite last week. Johnson was the top runner for the Dragons.

Weston Clementson, Bohdan Valvoda and Sean Skluzacek ran in a pack  for the Dragons at the Hinckley Invite last week.

Eva Johnson ran strong at the Hinckley Invite last week. Johnson was the top runner for the Dragons.

The Dragon cross country squads had a week of hard running on the road as they headed to the Hinckley-Finlayson Invitational on Tuesday, Oct. 5 and the Duluth East Invitational on Saturday, Oct. 9.

The meet was held at the Grand National Golf Course in Hinckley.

“It was sunny and warmer than expected. The times for all teams ended up being slower than normal, but our kids did well and placed high as a team,” said Coach Jared Clementson.

Gracie Larson, who is usually the team’s fourth runner, dropped out of the race as a precaution to not further hurt her knee.

The seventh grade girls placed second in the JH race.

BOYS: The boys team placed third out of seven complete teams with a total of 72 points. Cambridge-Isanti won with a score of 31 points and Mora was 3 points ahead of us with 69 points.

This meet was held at the Lester Park Golf Course in Duluth.

“It was a beautiful day, with the exception of the humidity,” Clementson said. “The course was one long hill that the runners had to go up and down twice. It was a great challenge and many of our runners did well.

“This is a very fun meet and weekend for our varsity runners as they are able to bond as a team and do other fun activities going to places Hartley Nature Park and stay the night at The Edgewater Waterpark and Hotel,” he added. “We would like to thank the Pine County Fun Run and an anonymous donor for helping fund this weekend trip.”

GIRLS: The Pine City girls team placed fourth out of six complete teams with a score of 101 points. Duluth East won with 26 points with Hibbing scoring 58 and Cloquet scoring 85. The squad was again without usual fourth runner Gracie Larson, but hopes to have her at full strength come the GRC and Section meets.

BOYS: The boys team placed fifth out of eight complete teams with a total of 123 points. Duluth East won with a score of 37 points. Cloquet scored 60 points, Cambridge-Isanti scored 31 points, and Mora edged the Dragons out by a single point with a score of 122.

Unfortunately, Sean Skluzacek rolled his ankle and was unable to finish the race.