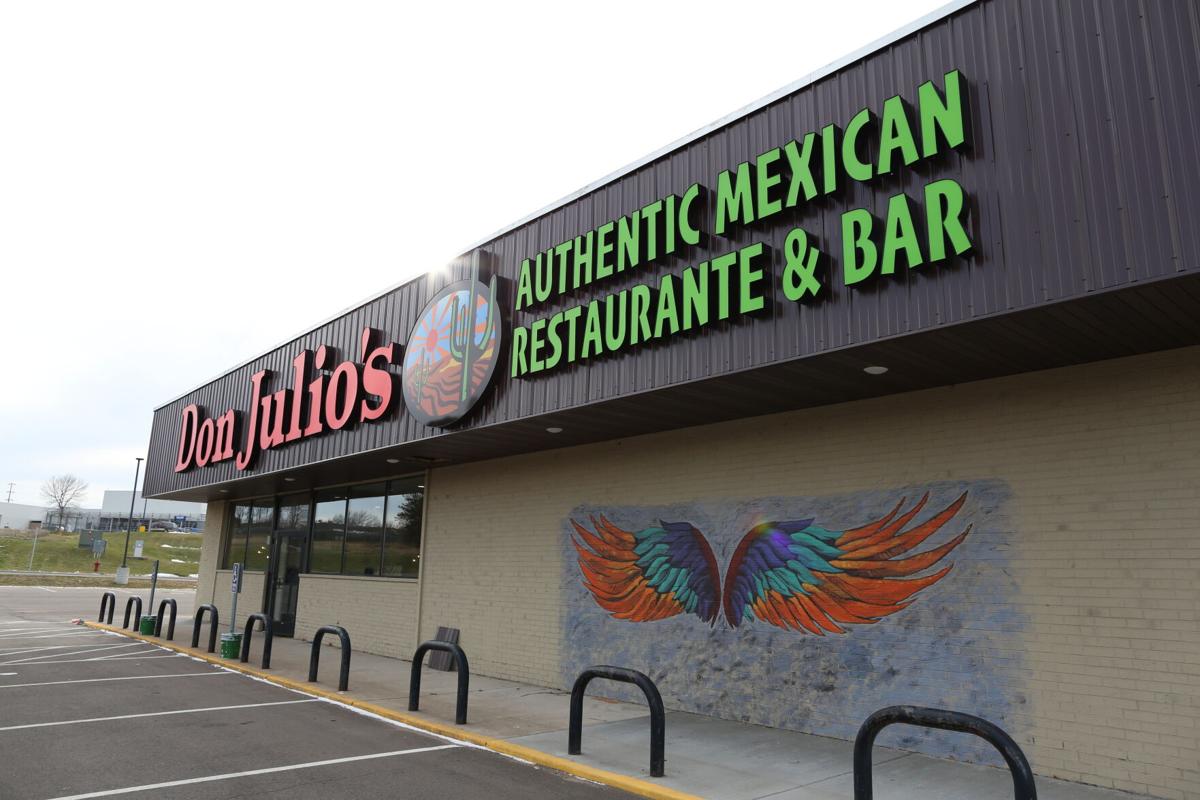 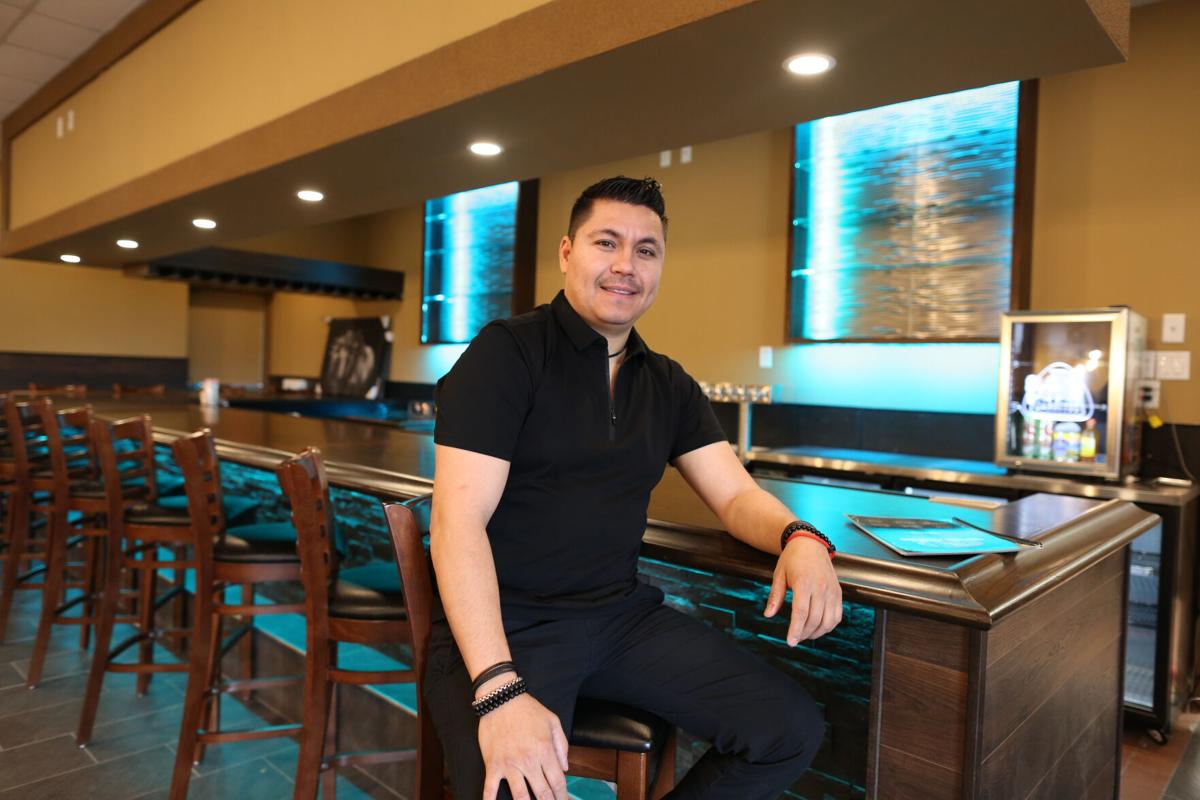 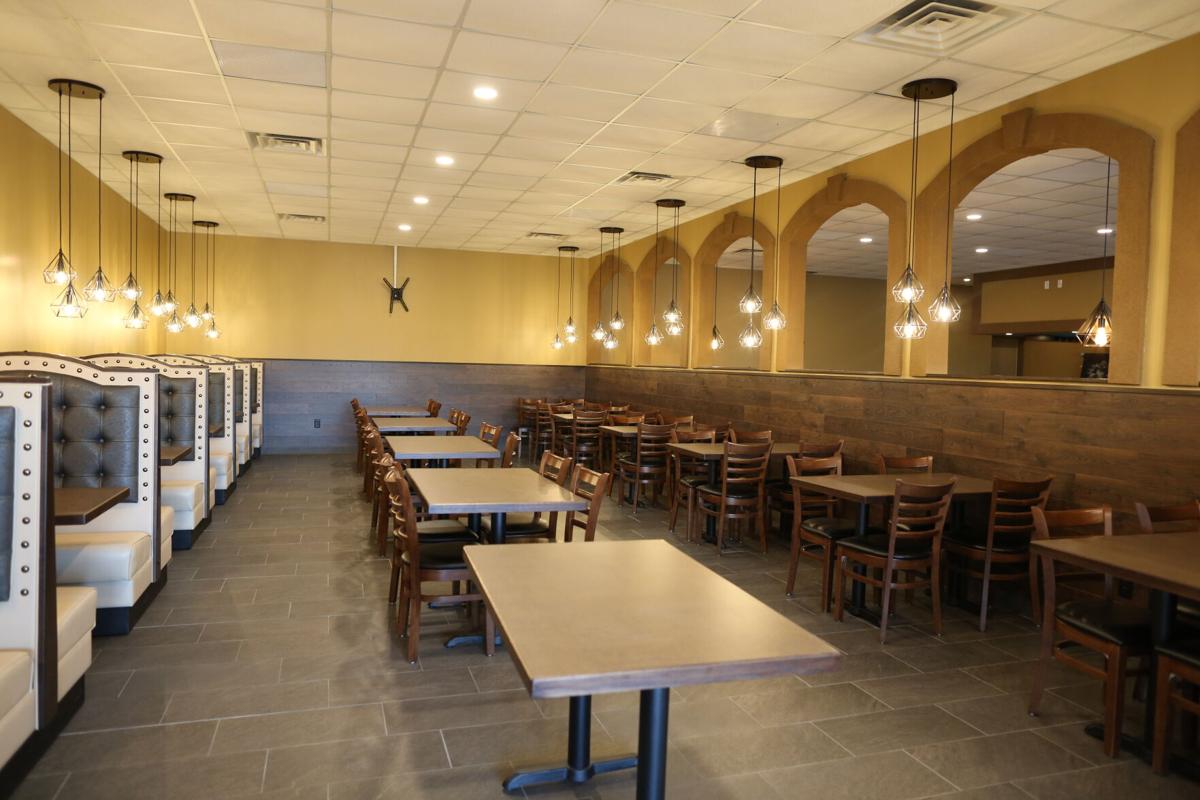 It’s been a long time coming, but Don Julio Mexican Restaurant, located at the corner of Hillside Ave. S.W. and 11th Street S.W. across from Walmart, is slated to open soon.

Jorge shared a bit about himself as he gave a tour of the inside of the building which is very different from the former gas station it once housed and now fully furnished, decorated, equipped with kitchen appliances, and fully staffed for opening. He said likely by early December or sooner.

“It is now 99% done,” he noted, adding that a patio will be added, likely next summer, to the east side of the building. “It’s been three years now. It was a gas station, and now it’s totally different.”

He added that the owners, himself and Erica Morales, have spent a lot on the renovation of the Pine City restaurant, more than any of the other locations in fact. “It’s almost like a brand new building, the decor, the sign, the finishes, the woodworking, the kitchen. Everything is brand new,” he said.

And he’s not wrong. The new decor of the restaurant has Jorge’s touch with contemporary interior lighting, high-backed cushioned booths and the Mexican charm in decor and finishes that you would come to expect in a Don Julio’s restaurant.

Erica Morales addressed some of the obstacles the restaurant chain has had to overcome, with COVID being the biggest challenge. “In the beginning, the process to open was going well, and then COVID hit,” said Erica. “I didn’t want to be open and then close again. That was my main concern.”

She said that although the process has taken a while, they have a great foundation having been in business in other locations for a long time. “We’re very happy to be opening,” Erica said.

She noted that their restaurant, like so many other businesses, has had trouble with suppliers and the labor shortage. “It was tough to get trucks to come up this far. In other restaurants, we’ve had to take things off the menu, and things like plastic wear, for example, have been hard to find. Companies like CISCO are having a hard time finding drivers.”

But Erica said now that things are returning to normal, they have gotten their feet back on the ground, are ready to open and are just waiting on their state liquor license but fully expect that to come through soon.

When asked about choosing Pine City for a Don Julio's location, she said that Pine City was one of their top choices 12 years ago before they opened the North Branch location. Finding the right building was a challenge in Pine City, however, as commercial buildings were limited. She said that after the former Pump ‘N’ Munch and Marathon gas station closed, they learned about the vacant building through their Forest Lake Don Julio’s landlord, who just happened to own the vacant building in Pine City.

“I guess it was meant to be, and it’s a great location,” noted Erica of the connection with the landlord. “The City has also been very supportive.” She feels that if the Pine City area can support a Walmart, it can support a Don Julio’s as well. “We have such good revenue in North Branch that I think Pine City will do really well.”

Don Julios is a family-oriented restaurant and has a full bar as well. The Pine City location will be managed by Jorge’s brother Julio Morales, who is no relation to the Don Julio’s namesake which was named after the tequila.

“Julio has been with us since we’ve opened the restaurants, has been manager of the Lino Lakes restaurant and has now moved to Pine City,” said Erica.

Jorge said that food has been ordered for the Pine City restaurant and inspections have been done.

“When we open, people will see that it’s been worth the wait,” added Erica.