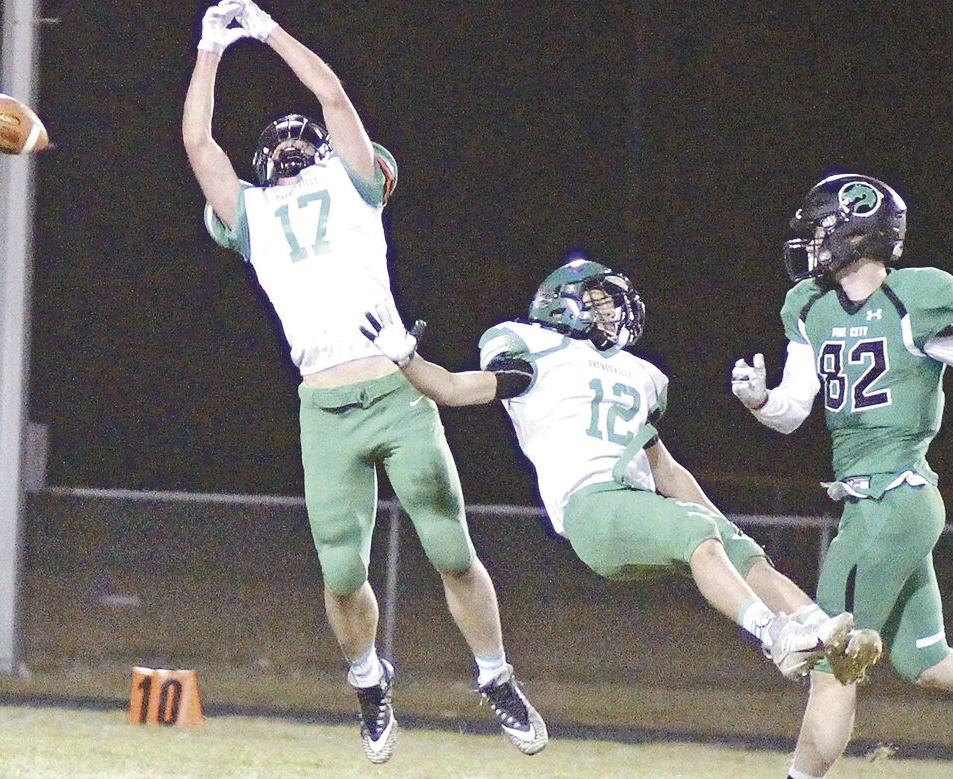 Despite tough play from Caleb Fromm, Kameron Jusczak and the rest of the Dragons, the team fell short in their homecoming game. 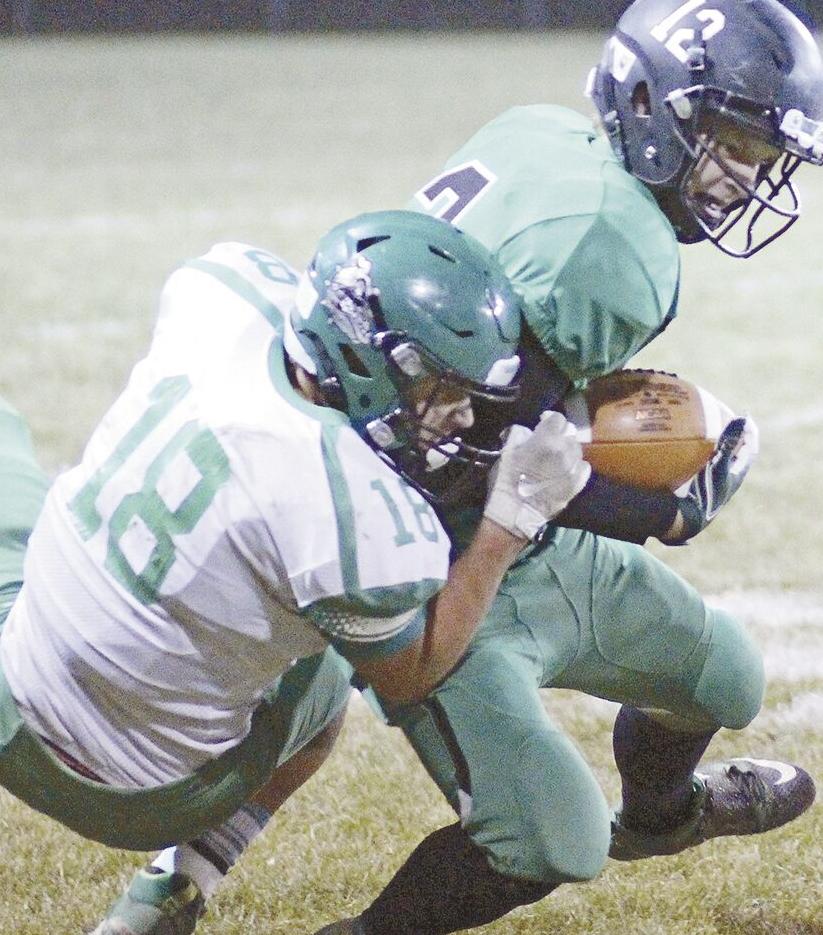 Despite tough play from Caleb Fromm, Kameron Jusczak and the rest of the Dragons, the team fell short in their homecoming game.

The homecoming football game for Pine City was a little different than normal this season as they were scheduled to play Moose Lake-Willow River.  MLWR had to bow out of the game, which left a gap in the schedule with a short turn around to get a team in.  Mesabi East, Menomonie, and Hill-Murray were all discussed as options, but due to the distance, size, and inability to find a bus, the Dragons instead hosted Paynesville. Paynesville, a city southwest of St. Cloud, has made it to US Bank Stadium in each of the past three seasons. They have never been able to get past the AA Semifinals, though, as Caledonia and Minneapolis North have ended their past few seasons.

On homecoming Friday night, the two teams met in Pine City on an unusually warm November night.  The Dragons, coming off of their second win of the season, looked to improve to .500 on this shortened season.  The Dragons offense was a bit slow in the first half, but the defense stepped up big.

Paynesville opened the scoring with a touchdown pass just over halfway through the first quarter.  The Bulldogs run a spread offense that puts up numbers similar to a college team through the air.  The Bulldogs were moving the ball down the field midway through the second quarter when Jeffery Carlbom recovered a fumble and took it 81 yards to the endzone to give the Dragons an 8-6 lead.

The momentum looked to be going all Pine City’s way as they would intercept a ball on the next drive.  The Dragons offense looked to use some of that momentum as they took the field, but a turnover took some of the wind out of the sails of the Dragons.  Paynesville would score a touchdown before half to take a 14-8 lead into the half.

In the third quarter, defenses held strong on both sides of the field as both teams were held scoreless in the third quarter.  In the fourth quarter, Paynesville would score three touchdowns to clinch the game, but not before the Dragons would add another of their own.  Jimmy Lindblom avoided pressure on the play lobbing the ball up to the endzone.  Jeffery Carlbom came down with it avoiding a few Paynesville defenders.

The final score was 34-16 in favor of the Bulldogs, but the Dragons continued to fight throughout.

On Nov. 11, Pine City lost their last game of the season to Aitkin in a lopsided 48-26 defeat, leaving them ranked 31st in the state and sixth in Section 5AA. The Dragons were scheduled to take on Spectrum in the first round of the 2020 Section 5AAA Football Tournament on Tuesday, Nov. 17. Look for results in next week’s Pine City Pioneer, or on WCMP at 106.5 FM and 1350 AM and wcmpradio.com.