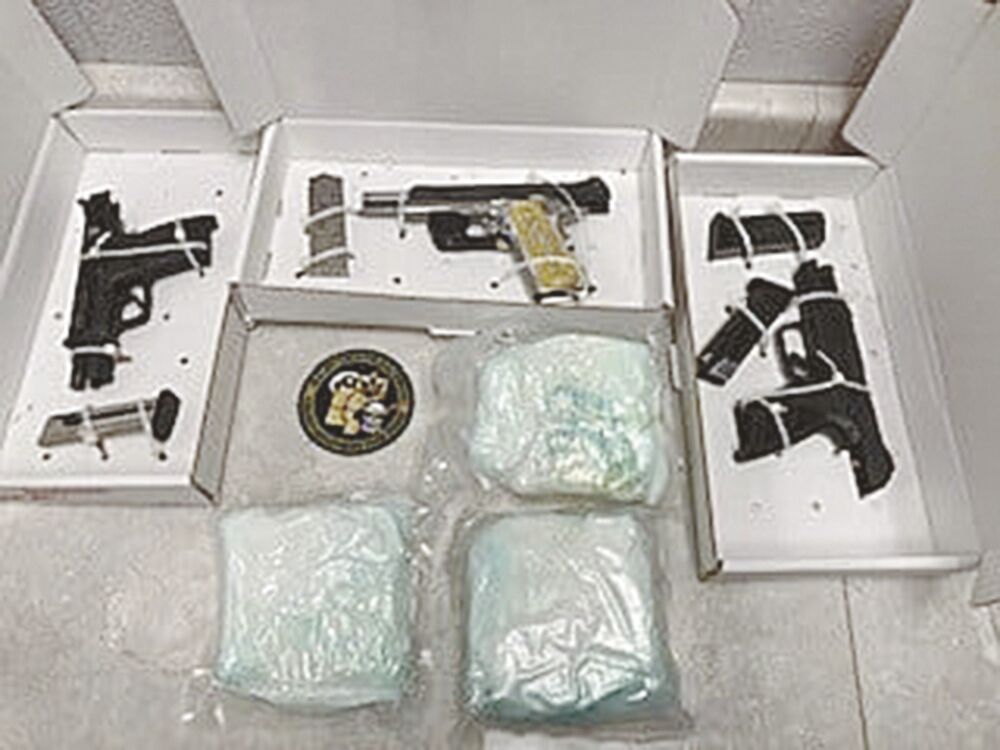 Officers recovered several firearms along with six pounds of methamphetamine. 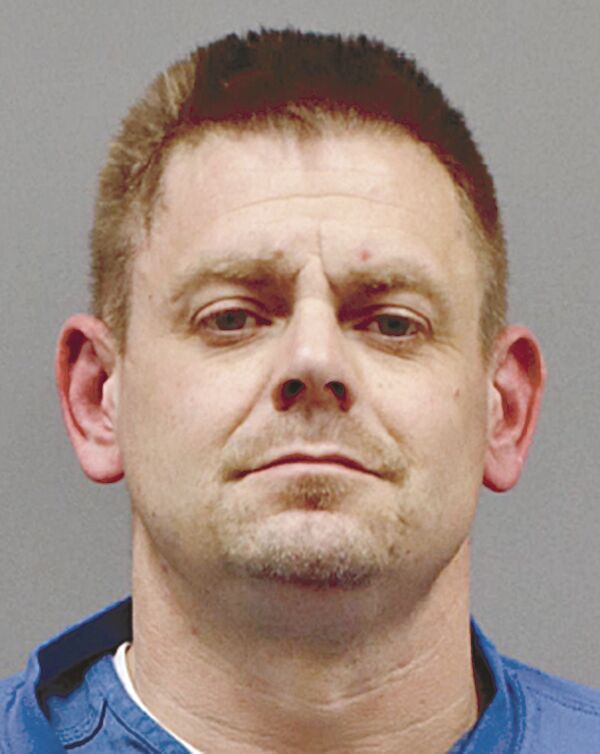 Officers recovered several firearms along with six pounds of methamphetamine.

A North Branch man is facing felony drug charges after six pounds of methamphetamine were discovered in his possession – three pounds in his vehicle in Pine City and three pounds in a safe in house in Stacy.

According to the criminal complaint, in October of 2020, agents of the East Central Drug Task Force began a narcotics investigation involving Anthony Nathan Jones, 39, of North Branch. Through investigation, agents identified an individual from California who was supplying Jones with large amounts of methamphetamine to distribute in Pine County and surrounding counties.

On April 20, Drug Task Force Commander Andrew Abrahamson applied for a search warrant for Jones’ person and his 2007 Cadillac Escalade.

The search warrant was signed, and on April 21, at approximately 3:54 p.m., Jones was observed leaving his address in Stacy in his Cadillac Escalade. At approximately 4:40 p.m., Drug Task Force agents observed Jones stop at the gas pumps at the Walmart in Pine City. Jones exited the driver’s seat of the vehicle and walked into the gas station area. When Jones was returning to his vehicle, he was approached by law enforcement and detained.

Agents then searched the Cadillac Escalade pursuant to the warrant. They found three cell phones and a small black backpack. Inside the backpack, agents located three vacuum-sealed bags containing a crystal-like substance. The crystal-like substance NIK tested positive for methamphetamine.

The bags were packaged with multiple layers with liquids and dryer sheets to conceal any odor. Each bag had an uncertified weight of 1,373 grams, or approximately one pound each, for a total of 3.2 pounds of methamphetamine.

A subsequent search warrant was executed at Jones’ residence, where three more pounds of methamphetamine and three handguns were recovered.

Jones told officers he has been getting methamphetamine delivered to him from California for the past six months.

Jones also faces more two first-degree felony drug charges from an incident in October 2020 where he was arrested after a traffic stop in Hinckley and found with roughly 400 grams of methamphetamine and 316 grams of marijuana.

The East Central Drug and Violent Offender Task Force reports that on April 20, their officers – along with the Chisago County Sheriff’s Office – conducted a traffic stop on a rental vehicle from California which led to the arrest of two California residents on fifth degree controlled substance charges. Alexandra Ramirez, 25 of San Bernardino, CA and Oscar Rodriguez, 25 of Long Beach, CA were booked into the Chisago County jail.

The East Central Drug and Violent Offender Task Force was established in 2012 and is comprised of criminal investigators from Chisago, Isanti, Kanabec, and Pine Counties, serving approximately 141,578 residents across 2,781 square miles. The purpose of the task force is to improve the health, safety, and security of our communities through targeted enforcement of dangerous criminal activity. Task Force efforts focus primarily on drug trafficking, smuggling and distribution networks, interdiction of illicit drugs and contraband, criminal gang activity and other violent crime.

Anyone with information about illegal narcotics, gang, or other violent offender activity are asked to contact the task force at 320-566-4153.