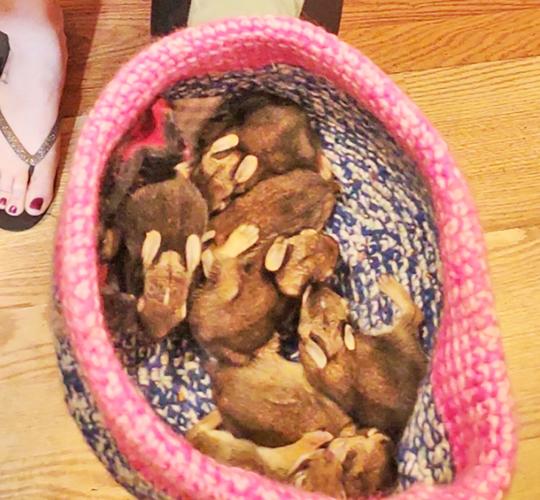 A nest of rabbits, which was found at the Pine City Elementary School near a busy playground were released last week, with the help of Eavie Rydberg, after being cared for by Passionate Pines Wildlife Rehabilitation. 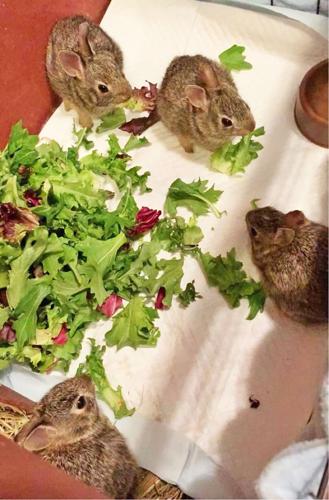 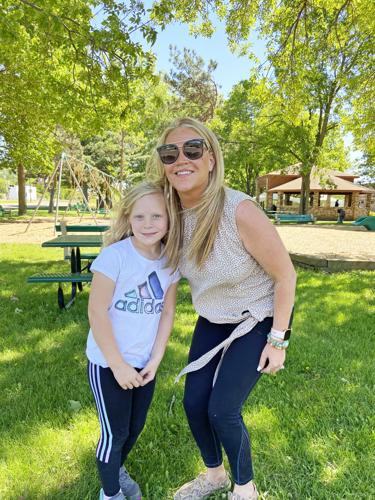 A nest of rabbits, which was found at the Pine City Elementary School near a busy playground were released last week, with the help of Eavie Rydberg, after being cared for by Passionate Pines Wildlife Rehabilitation.

Pine City Elementary principal, Stephanie Lorsung, said that a nest of bunnies were noticed by students during recess under one of the climbing walls. “The kids were very excited and interested,” said Lorsung. “We put up a snow fence to keep the bunnies from being touched but yet still visible to the kids. The students had fun taking a peek at the baby bunnies during their recess time.”

Lorsung said that a student’s mom, Dani Hollatz, who owns Passionate Pines Wildlife Rehabilitation came and gathered up the bunnies.

Hollatz said, “Unfortunately, their mama picked the worst possible place to have her babies – the busiest playground at the elementary school. If they were found on private property, I would have instructed them to leave them be and not let their kids play around the nest. But this was not only a playground but an elementary playground.” She added that one baby rabbit had already died, but the cause was unknown. “So we made the decision that taking them into rehab was in their best interest.”

Lorsung said that school pictures and videos of the bunnies being rescued were included in the next day’s morning announcements so the students knew what happened to them.

A video of the release of the rabbits, which were released Wednesday, June 8, was also shared with the elementary students to keep them aware of what happened.

Crafting for a cause

Eavie Rydberg, a Pine City Elementary student, learned about the rabbits through school and took action to help them however she could. Eavie’s aunt, Nicole Klosner, said that the project started when Eavie made her aunt a hand-crafted jewelry box.

“All my friends really liked the box,” recalled Klosner. “Eavie then started a little business called ‘Eavie’s Little Riches,’ and she decided she wanted to donate proceeds to Passionate Pines.”

Klosner said that Eavie, who’s going into the third grade, also gave a couple boxes away to people at school who she felt could use some cheering. “Eavie is very, very kind and good to her friends, and it was her idea to donate the money. We went shopping together with Henry, her cousin … it was a learning moment for her and us,” said Klosner. She added that 82 boxes were made, and $100 was donated to Passionate Pines.

Eavie said of the venture, “I really like animals and figured that since she (owner of Passionate Pines Wildlife Rehab) had so many animals, she could use the money for them to survive.”

“We were honored to be the recipient of Eavie Rydberg’s generous donation,” said Hollatz. “We have so many little mouths to feed, and we rely on donations to help us care for them all. We were happy to help the litter of cottontail kits found at the playground. Cottontails are tough to rehabilitate, but they had a much better chance at survival with us than at the playground.”

“My favorite part of this experience has been the involvement of students,” noted Lorsung. “Both the kindergarten student whose mom helped rescue the bunnies, and then Eavie, who was able to be a part of their release, brought a connection to wildlife and taking care of animals for all students to then experience through the morning announcements.”

Passionate Pines’ mission is to rescue, raise, rehabilitate, and release injured, sick or orphaned wildlife and to share their knowledge with the people who care about them. The organization can be reached by calling or texting (763) 228-5589, but they say the best way to reach them is to message their Facebook page “Passionate Pines Wildlife Rehabilitation.”